Back
Better Meetings, Work from home

How to have an efficient last minute meeting 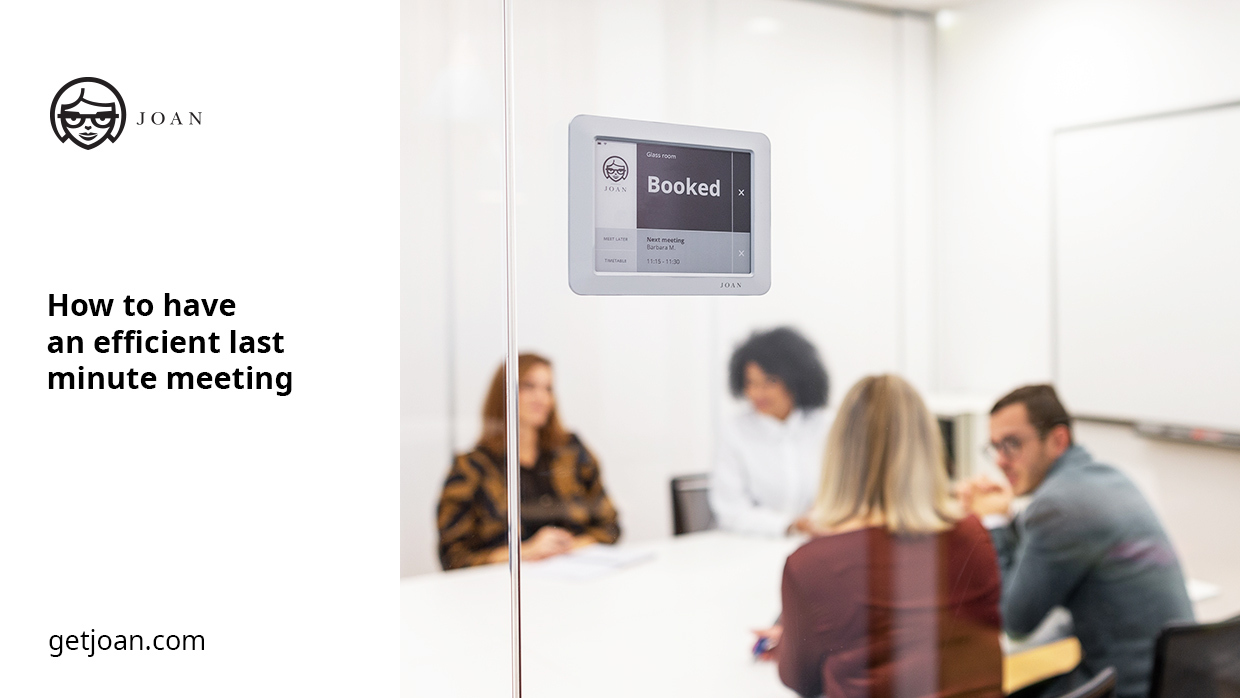 The world of meetings is divided in two – remote and on-site last minute meetings. But whether you’re working in the office or working remotely, you’ll sooner or later get that dreadful ping – “let’s have a quick meeting. How about now?”

Now you have two options when it comes to last minute meetings:

We’re not saying the first option is not viable, but the reality is that sooner or later you won’t be able to avoid it anymore. And being honest, you’ll probably also need to organize a last minute meeting sooner or later.

So, how to run that meeting efficiently?

It’s an emergency meeting, however, this shouldn’t be an excuse for not having a clear agenda. Sure, there is no need to write it out completely and send it to your peers, but it’s still necessary to enter the meeting with clear goals in mind.

We wrote about meeting agenda before, there’s also a template that’ll save you some time if you’re the organizer of the meeting. In case you aren’t, remind them to come up with a short agenda. It’ll give everyone a chance to quickly prepare for what’s coming up and what needs to be achieved.

I’m going to go out on a limb here and say the last minute meeting is extremely important. Otherwise, it could be scheduled in advance. Thus, the last thing you needed are meeting interruptions.

Last minute meeting on itself tends to be inefficient – it’s hard to immediately get into the meeting mindset. Meeting interruptions become even more annoying and stressful when everyone’s trying to come up with a solution/suggestion on the spot.

When in office, use Joan 6 to clearly signal that the room or huddle space is taken. There are 8 ways to book a meeting room and for the impromptu meeting we suggest using the same method as you used for inviting members – whether it’s on Slack, MS Teams, Cisco Webex Teams, or just by walking to the device and booking the room on the spot.

If you’re working from home, keeping your focus is equally important. It’s why we’ve developed a solution for your workplace at home – Joan Home. Clearly indicate when you’re on a call by booking a spot in the calendar. Joan’ll automatically update its status for everyone to see. This will limit interruptions from your family members or roommates.

Don’t invite too many people

If you’re planning on having a team meeting, it’s much better to schedule a regular meeting instead of an ad hoc one. Since the meeting is not planned ahead of time you wouldn’t like for too many of your coworkers to change their daily schedule if they’re not really needed. After all, this hampers the productivity of individuals and your whole team.

Instead of inviting everyone, send out a meeting summary or meeting minutes.

Finish the meeting as soon as possible

No chit chat. Follow the goal and make sure everything is on point. Even if broader issues arise, schedule them for a later meeting. Keep in mind that you’re stealing away someone else’s time that wasn’t dedicated to you in the first place.

Joan Home is what’ll get you through the meeting without interruptions. But there are also other tools needed when working from home. We’ve prepared an essential toolkit where you can find other apps that’ll keep your work efficient and focused.