Russ Wilcox, founder and former CEO of E Ink: “It was like magic.” 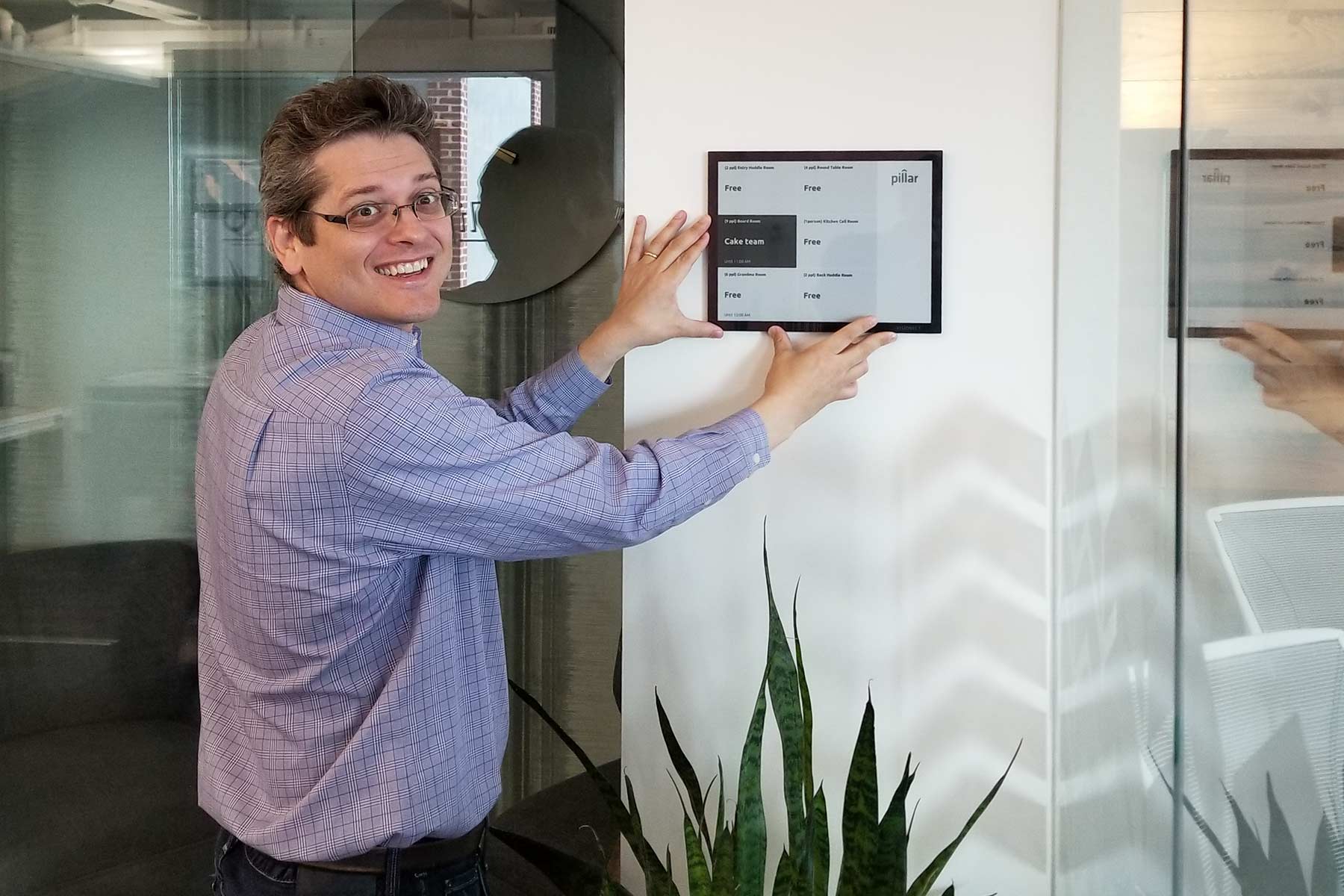 Despite his busy schedule we managed to chat to Russ Wilcox, a Partner at Pillar VC and the founder and former CEO of E Ink Corp., the technology inside Joan.

With a degree from Harvard, you could have potentially gone to any company in the world. Why did you choose to start E Ink?

I was out of work [laughs]. I got out of Harvard Business School and I wanted to do a tech startup in the area of speech recognition. The startup shut down so I decided to start a company. Dr. Joseph Jacobson, at MIT, introduced the concept of ePaper. He showed me how the particles move under a microscope and within a few moments it was clear that it was a promising technology. It was like magic. Emotion, not logic, led me here and it wouldn’t have happened if I weren’t out of work.

In 2003 you found yourself at a crossroads with the business needing to focus on one line of business. E Ink had a guaranteed watch business on one hand and was pursuing the eReader dream on the other. What caused you to choose what you did?

That was just smart business. When you start a business you have to make a choice and pick the product that has the biggest business opportunity. eReaders seemed like the right market with a great potential, unlike watches where you rarely see two watches of the same kind. Watch fashion changes a lot and the display is small so you have to sell a lot to create a big business. Getting into watches was a bad business decision, but it was still painful to say no to a customer.

Even though E Ink is well known for eReaders, shelf labels, signage etc, it was signage that got you started with a project at JCPenney. Tell us about that experience.

It was in the early days when we were doing things for the glory and not building the business with patience. We had investors who said we could raise a lot of money if we could show a couple of million dollars of revenue. At the time we could already make signs with big letters with the technology available, so we chased that revenue.

We learned about beta testing and how stupid it was to test the signs in your own building. The signs worked great inside, but failed outside. This is because we never tested outside the building and JCPenney was using strong fluorescent lights which caused our product to fail. We had to redesign all the way down to the chemistry to make everything work.

We used pagers to communicate with the signs and in most of the locations there wasn’t enough range or there were steel beams inside the stores where the pagers wouldn’t work. Stacks of cans or metal would mess up the wireless. The stores don’t really have good coverage on the countryside, which is where most of them are located.

We finally got 100 locations installed. We did everything ourselves, from wireless to software, even though it was outside our core. We also added a feature for immediate screen changing. “You can change the advertising at any second!” was the idea. So we gave these to the first customer and we watched them use the software and after two weeks they hadn’t even logged in! We called them and told them that you can change the message anytime and they said they only change it once per quarter.

They really didn’t want dynamic signs and they also didn’t have anyone available to change the signs daily. We completely misunderstood the market requirements. It was a real series of lessons: the danger of raising a lot of capital, finance driving strategy, and not asking the customer upfront about what they wanted.

We have been working with E Ink since 2007 and have built both indoor and outdoor signage products quite successfully. What are your views on the future of e-paper signage?

I see new display tech ideas all the time, so maybe 10 to 15 years there will be a new form of ePaper. The biggest change coming in the near term is that E Ink is getting closer to full color. The image is pretty good but it takes a minute to update, so it is perfect for signage. I believe it will open up a large market for advertising. That is why I’ve invested in Soofa, they are doing good work with smart city signage and community bulletin boards. This type of business will get a spike when color is out and it will be great for ePaper.

Our Joan brand is marketed worldwide. What are your thoughts on Joan and our use of E Ink technology?

I love the idea of Joan. It’s something different, more professional, sharper looking. It is easy to install, plus people don’t want to walk up to another LCD. You need low power electronics to drive all that, which is something only ePaper can do. It is clear you have done a fabulous job with wireless, drive and display.

How important was marketing to you at E Ink? How did you market your products?

Obviously, marketing was critical. We had a bold idea long before we had a product, and ePaper was a technology that could affect the news media, so we had tremendous coverage from newspapers and also TV, radio, and magazines. E Ink received hundreds of millions of positive brand impressions and instilled confidence in investors that big change is coming. I would say the company would not have existed without the publicity.

When you are a new component technology, you must hope that someone takes the risk and builds a device with your technology which in turn creates a market. Sri Peruvemba and our marketing team came up with brilliant and unique demos of what you could do with our technology and brought them to trade shows so that people could touch, feel and see what this is all about. This is what caused our future customers to imagine the possibilities.

You orchestrated one of the best exits in the display industry. What were the key ingredients and decisions you made that enabled this?

What is a good exit? It’s not just receiving a check. As I look back ten years later, what makes me feel good about the exit is that the business remains strong and the acquirer got a good deal, just as we did. What most fills my heart is that the acquiring company kept it intact. They didn’t move E Ink’s factory from Boston to Asia, even though the business relies on manufacturing. In the years after the sale, they invested even further in Boston, expanded the factory, and added new employees. It is a pleasure to see that 21 years after we founded E Ink, it is still going strong.

If I were a young display scientist, I would think hard about what new products can only exist with my technology, rather than going head to head with existing technologies. It was important for us to create a new product category. If a new display tech goes after existing markets like TV, it might drive a lot of revenue quickly, but not sustainable profits. Like airlines, the LCD industry as a whole makes money some years, but not in others. On average it (LCD) hasn’t been that profitable an industry in the long term. To build a profitable business you have to find that one distinct application and add real value to it. When you serve the customer with a uniquely better solution, you are important to that customer and you can be rewarded with a steady flow of reasonable profits.